Portrait of Mr and Mrs Dhura 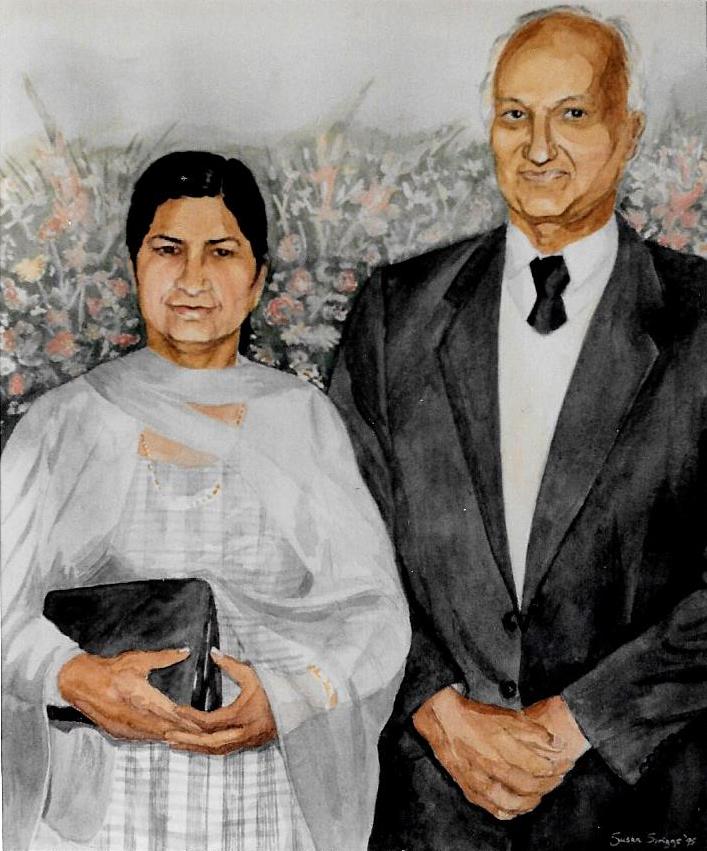 Mr and Mrs Dhura’s son, Amondeep, commissioned me to make this double portrait as a thank you present for his parents on the occasion of his marriage. I didn’t meet Mr and Mrs Dhura until the wedding day so I worked from a photograph supplied by Amondeep, a Science teacher in a nearby school.

I was a little reluctant to undertake a portrait of people I had never met, although I often use photographs to support detailed work begun from direct observation. I also like to take the photograph myself!!

However a commission is a privilege and an honour so I set to work enlarging the image from a small photograph. I was also aware that colours are very significant in Indian tradition and I didn’t want to accidentally cause offence by using an inappropriate colour or gesture, so a few messages went back and forth between Amondeep and I.

I really enjoyed the challenge of the diaphanous shawl that Mrs Dhura wore over her sari and the elegant shape of her hands holding the classic, black handbag.

An interesting moment of synchronicity occured as I had been studying Indian Art with the Lower School classes at Tring School. We copied a traditional Indian painting by using an overhead projector to enlarge the traced image onto squares of paper. Each student painted at least one square. The background of Mr and Mrs Dhura’s portrait was inspired by the pink and white blossoms against dark green foliage, seen in here in the group painting. 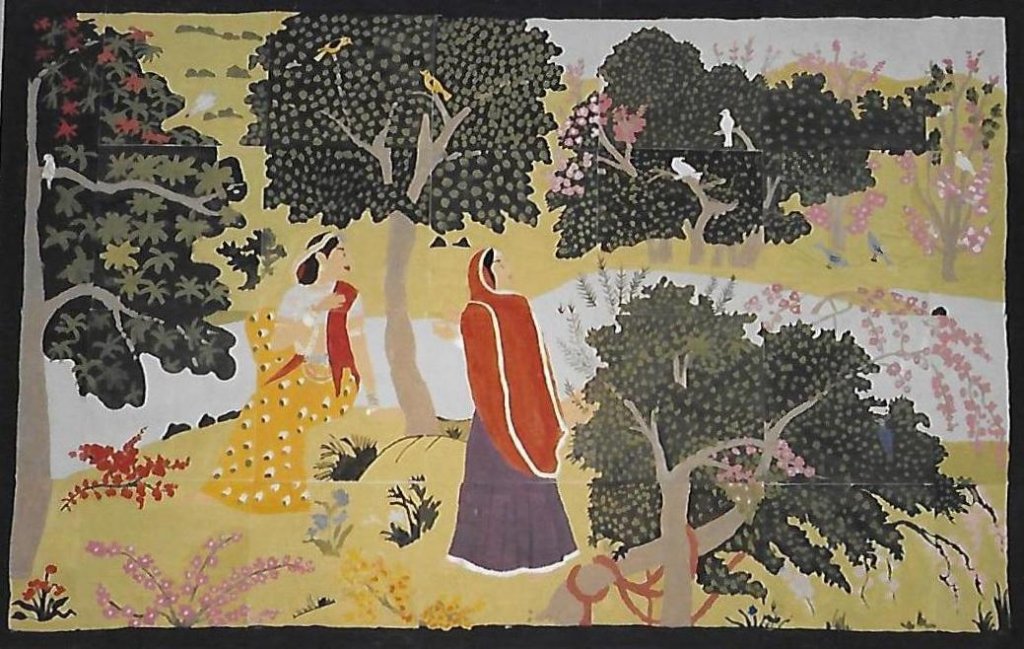 The wedding in Bedford was a wonderful occasion and everyone was made to feel very welcome. The colourful saris, the beautiful young women, the very handsome men in their turbans, the tables groaning under the weight of sumptuous dishes and bottles of spirits (for the non-Indian guests! )

Mr and Mrs Dhura were delighted with the portrait, although I did notice that Mrs Dhura’s hair was a little more grey in real life than in the photo, which must have been a few years old!

Next: Art teaching in the UK