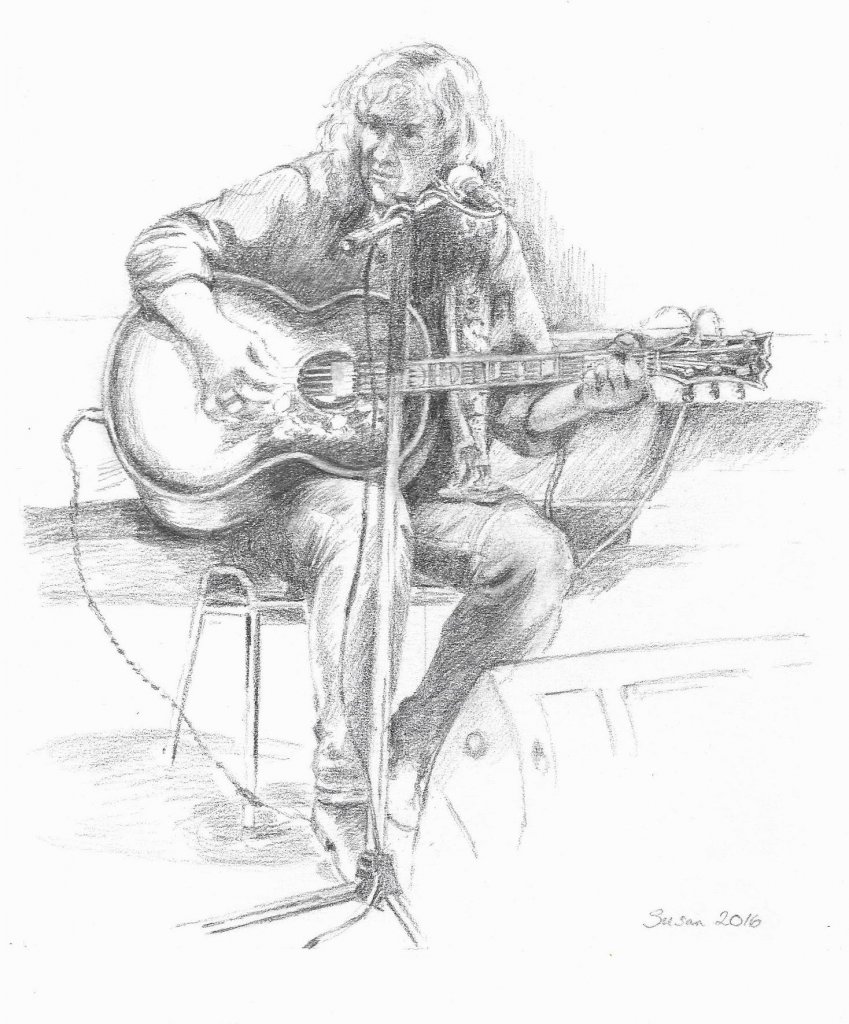 Johan Asherton is a musician and songwriter from Paris, with a really deep bass-baritone voice. We became friends and pen-pals after he admired my book about Kevin Ayers. I’ve photographed Johan and his musician friends a number of times but I always wanted to portray him in a pencil or painted portrait too. Et voila! I had to go all the way to Bilbao to capture the perfect pose.

This drawing is based on a photograph which I took during Johan’s performance at the Collegio del Abogados in Bilbao. However I lightened the tones on the face slightly. Johan’s expression shows him listening as well as playing, which I like very much. The guitar is a Gibson J200 semi-acoustic. 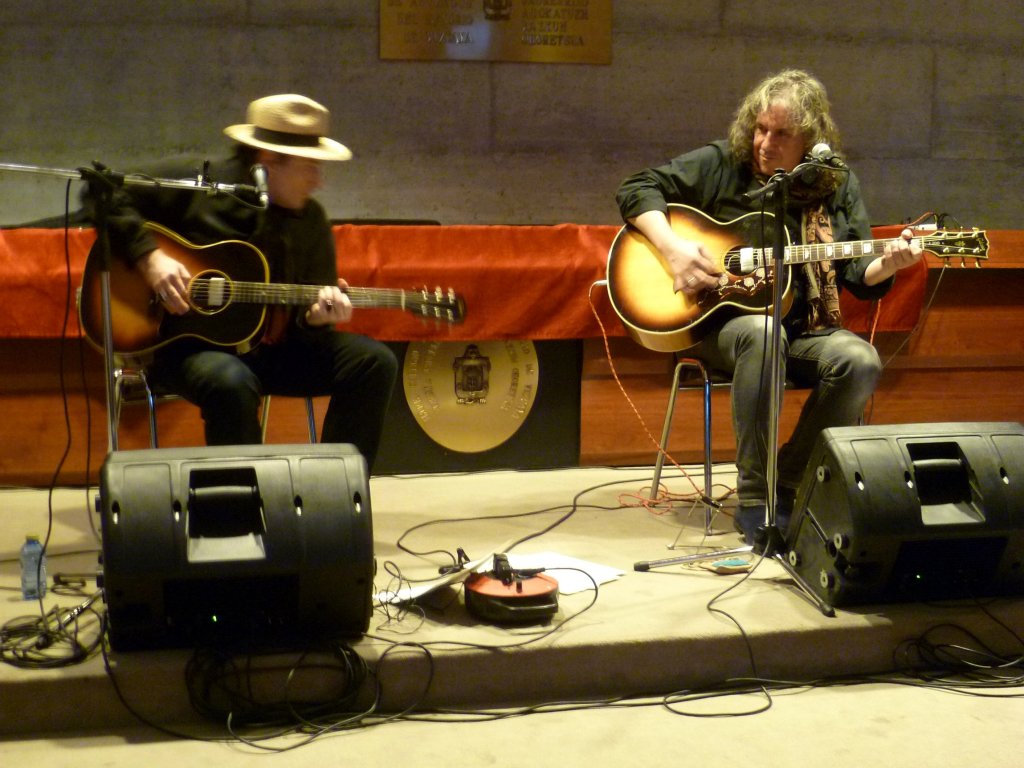