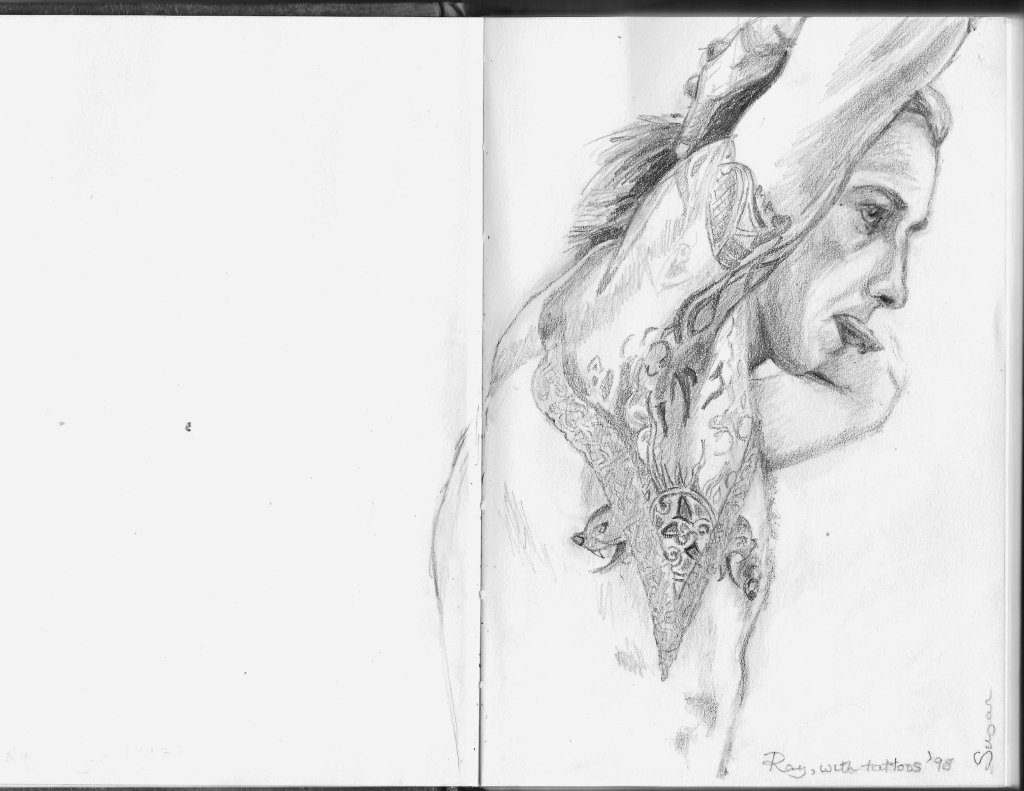 When one of my A-Level Art students announced she was going to do a project about tattoos I realised that I knew the perfect model for some drawing from observation! Ray was “a friend of a friend”, tall, dark-haired, star sign Sagittarius (naturally) and lead singer of a local rock band in Aylesbury. He was always eager to show off his very beautiful Celtic tattoo and his piercings.

I decided that my Monday “after school Art Club” would be the perfect moment for him to model for us. Ray arrived on time, complete with freshly washed hair, leather jacket, black jeans and cowboy boots. As promised, I took him to meet the headteacher Mr Mitchell to whom I had already explained the project. Both gentlemen were absolutely charming to one another and it was great to see two quite different worlds intersecting!

I didn’t have to give Ray any direction with the pose, he already knew the best way to show off the tattoo on his right arm, shoulder and chest. As we had already been looking at Maori tattoos the protruding pierced tongue gave a primal, tribal feel to the image. My student and I started drawing and we also took lots of photographs from various angles. The drawings from direct observation definitely improved her project mark by a grade.

I managed to get the main elements of the pose recorded in my sketchbook and then finished the drawing later, referring to the photographs for the most intricate details of the tattoo. Bravo Ray, what a star! I bought him a few beers in the pub later that week…

Previous: Art teaching in the UK