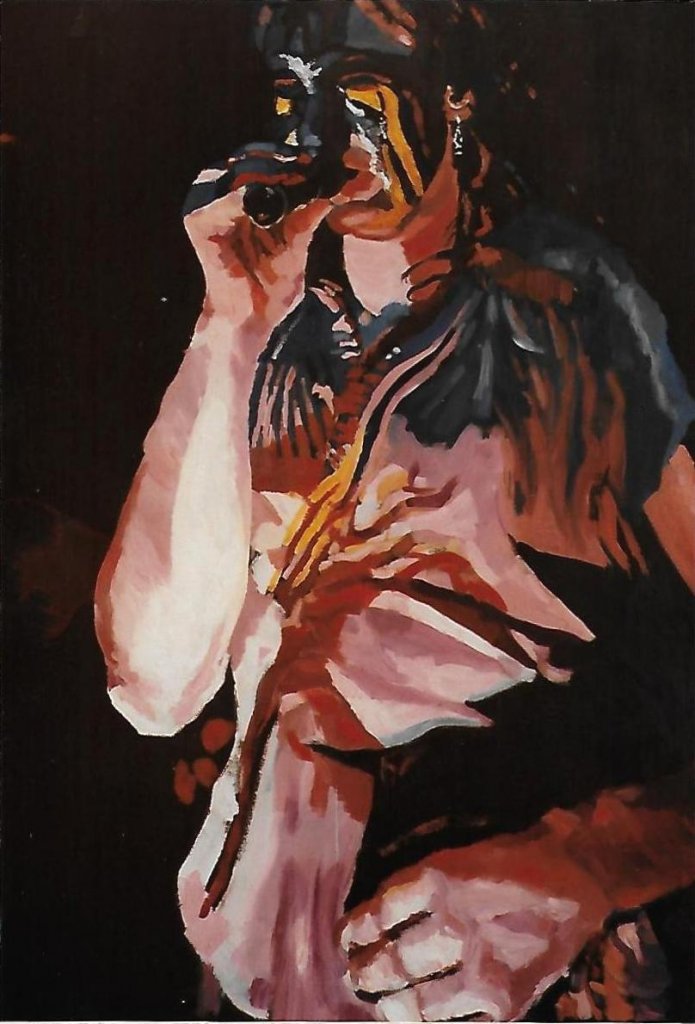 I saw Marillion in concert a few times during the 1980s; at Hammersmith Odeon, Glastonbury Festival and at St. Andrew’s Hall in Norwich, just around the corner from the Norwich School of Art building. I took my Olympus OM1 SLR camera with me to the gig and took a series of photos from quite close to the stage. The stagelights and spotlights bathed the performers, especially Fish, in a multicoloured rainbow of hues. Perfect for the eager photographer.

Fish, aka Derek William Dick, a giant of a man, was born in Dalkeith, Scotland. He gained his nickname from the amount of time he spent in the bath, apparently. Marillion were described as a neo-progressive band, influenced by Peter Gabriel and Genesis, but also British lyrical poetry. I wasn’t the most diehard Marillion fan, but I bought their first album ‘Script for a Jester’s Tear’ and liked it. It was good to have a proper progressive rock band from our generation breaking through. Often when I saw more established bands I would hear “Oh, but you should have seen them back in the day…”

The final ingredient in this painting was a rather large canvas I found abandoned in the Art school studios. It had a slight mis-measurement in the wooden frame, so that one corner stuck out a little. I decided to recycle it as decoration for my student bedroom. I painted a couple of layers of black acrylic primer on to the canvas and then used a white crayon and white pastel to draw out the design. Heaven knows how I managed to turn a 6″ by 4″ photo into this huge image, I think I still had a vivid image of Fish in my mind. The painting almost seemed to paint itself.

I didn’t exhibit this painting in my degree show, I didn’t consider it to be “highbrow” enough, it was simply produced for fun. If only somebody had referred me to the work of Warhol and other Pop or Expressionist artists I might have been more confident. I enjoyed seeing the rainbow of colours on my wall. When I left Norwich it was too big to take with me, so I left it to its fate in the Art studios. When I visited friends a year later it was still there and apparently the 2nd Year Painting students were rather fond of it!

Next: Portrait of Mr and Mrs Dhura