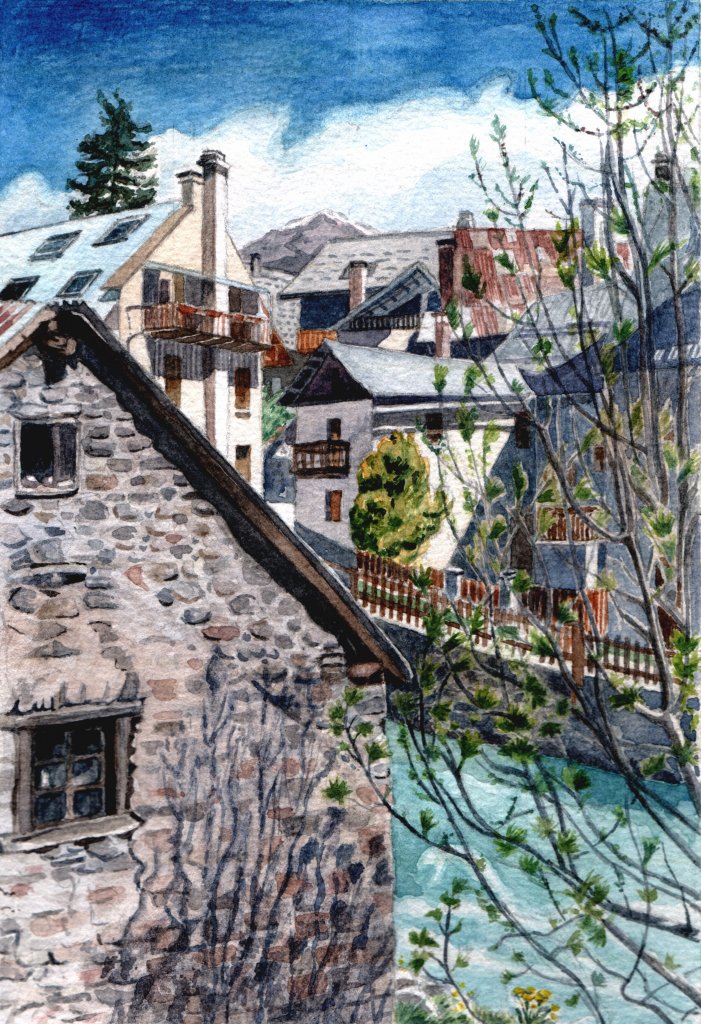 As the snow melts on the mountain tops in the springtime the Guisane river swells and thunders through the village of Chantemerle. This painting shows the older part of Chantemerle from the other side of the river ( l’Envers). I really liked the crumbly building perched on the riverside in the foreground. I believe it has since been restored. The triangular roofs create a very strong composition which leads the eye right into the picture.

I met some of the families who live in the houses shown here at one of the Rencontrees Art et Litterature events in Chantemerle. They were intrigued by the realism of the painting and the idea of an artist finding their neighbourhood interesting. To their knowledge nobody had ever depicted that view before.

This painting was bought by a private collector in August 2016.