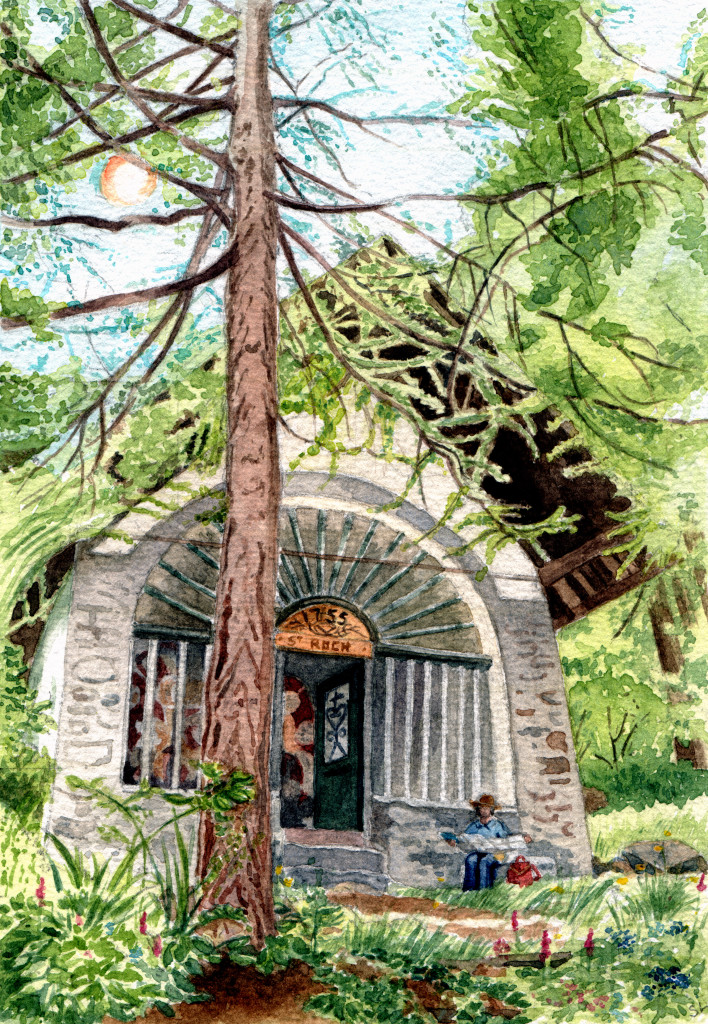 There are some very magical places in Serre Chevalier and this is one of them. The Chapelle St Roch was built in 1755 to commemorate victims of the plague.  It is situated in the forest on the north facing side of the valley. There is a path which leads to the chapel from l’Envers du Chantemerle and the river Guisane. An estimated 73% of the population of Briancon died during the epidemic known as the Black Death (1348). People would pray to Saint Roch to spare them from plague and sickness.

So why would I say the place is magical? In the springtime of 2003 I spent quite a lot of time drawing, painting and photographing the area around the Chapelle St Roch. While I was working on this particular watercolour I found out that I was pregnant with my first child. I often joke that I thought it was all the green paint which was making me feel nauseous!

The figure in the painting is my own mother, Janet, who died in 2015.

Next: The Guisane river, Chantemerle