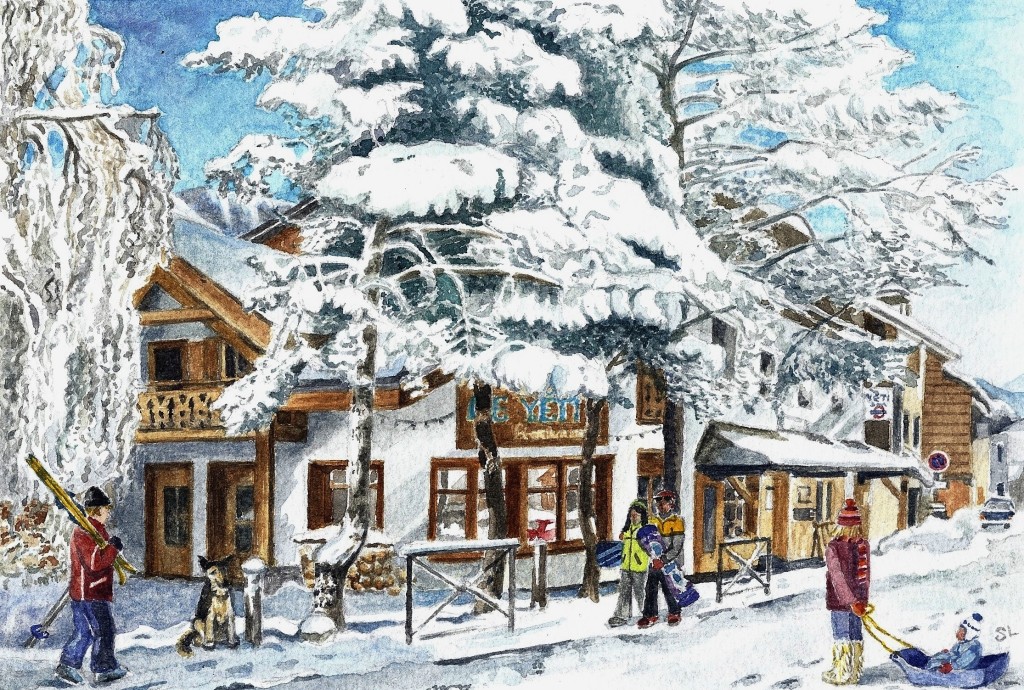 A real slice of Serre Chevalier history here. The idea came to me in October 2003 when the first snows of winter arrived early, turning the trees into sugar sculptures. A number of local characters found their way into this painting, notably Rick Lomas with skis (!) and also Gary the dog. The blonde lady with the child in a sledge is loosely based on my friend Maria while the toddler is my “future baby” Madeline who eventually arrived in February 2004.

Hotel le Yeti was run by a British tour company but its clientele was fully international. It was THE PLACE for après-ski until the land was sold and the building demolished around 2006-7. A luxury apartment block was built in its place, with a restaurant in front of it.

The painting is owned by Madeline Lomas.

Next: Yellow house with sundial, Chantemerle