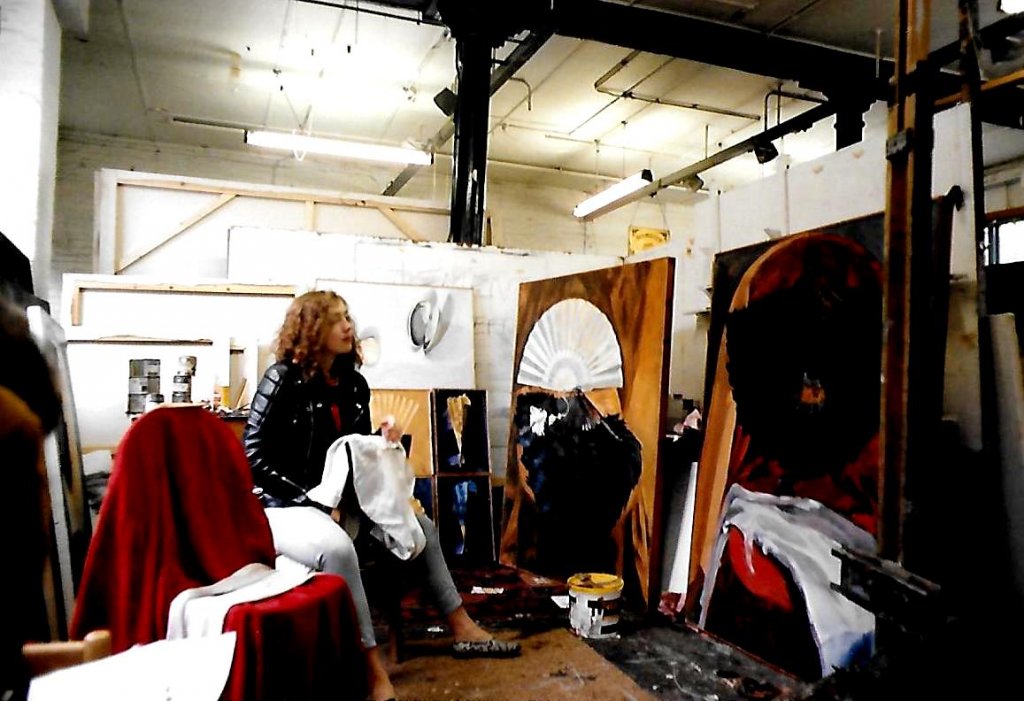 Hot from my travels in Spain (summer 1985) and all things flamenco I started to make drawings and paintings of fans. One of my fellow painters, Rosalie De Meric, an opera-loving student in her sixties, offered to lend me these beautiful antique fans. I was very grateful to Rosalie for her generosity. With these items to refer to I was able to start some much larger canvases. 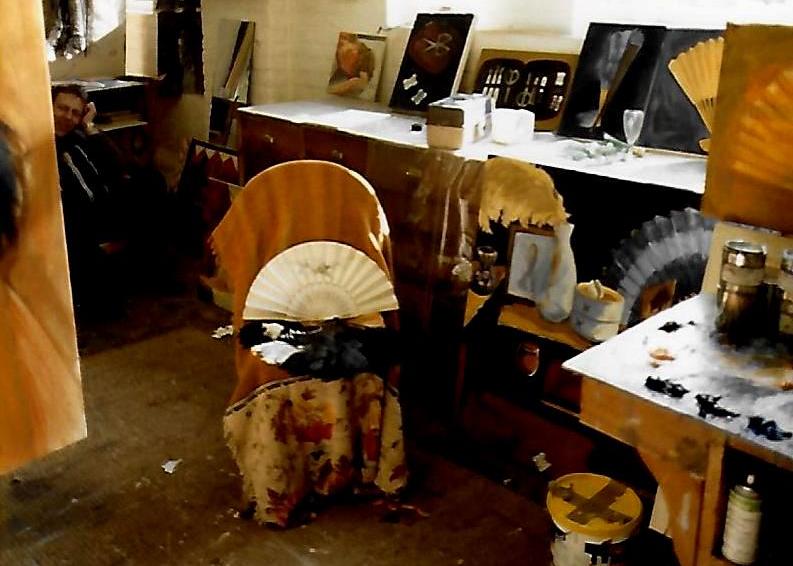 A major influence on my work in 1985-6 were the large, close-up paintings of the American artist, Georgia O’Keefe. 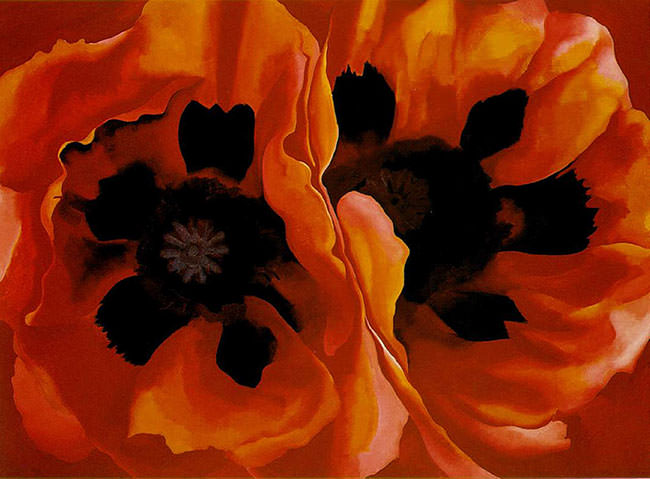 The paintings of the contemporary Anglo-Canadian artist, Lisa Milroy, who was my personal tutor in 1985-6, also inspired me to use generous amounts of paint and rapid, visible brushstrokes. Lisa often placed her objects in rows or in series, painting from memory and feeling rather than direct observation.

The rich, earthy colours of southern Spain left a lasting impression on me as did the white sunbleached buildings and the dark shadows in the side streets. The expressive brushwork in paintings by Velasquez and Goya, which I had seen in the Museo Prado, Madrid, played their part too. 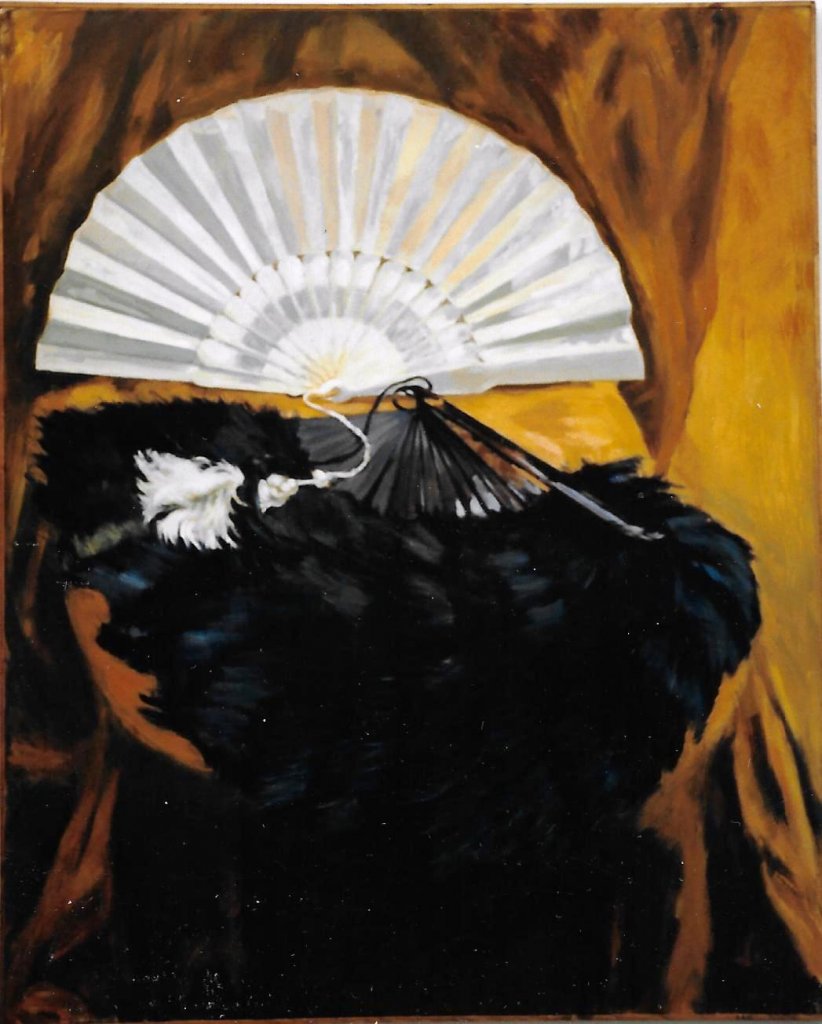 I wanted to create large dramatic canvases to give a focal point to my Degree Show exhibition in June 1986. ‘Black and White Fans’ completed in the Spring of 1986 was the first painting of the pair. The technical challenge was to show the changing light and reflections on the satin covered struts of the white fan, as well as creating a convincing texture for the black fan using ultramarine blue, burnt umber and burnt sienna. 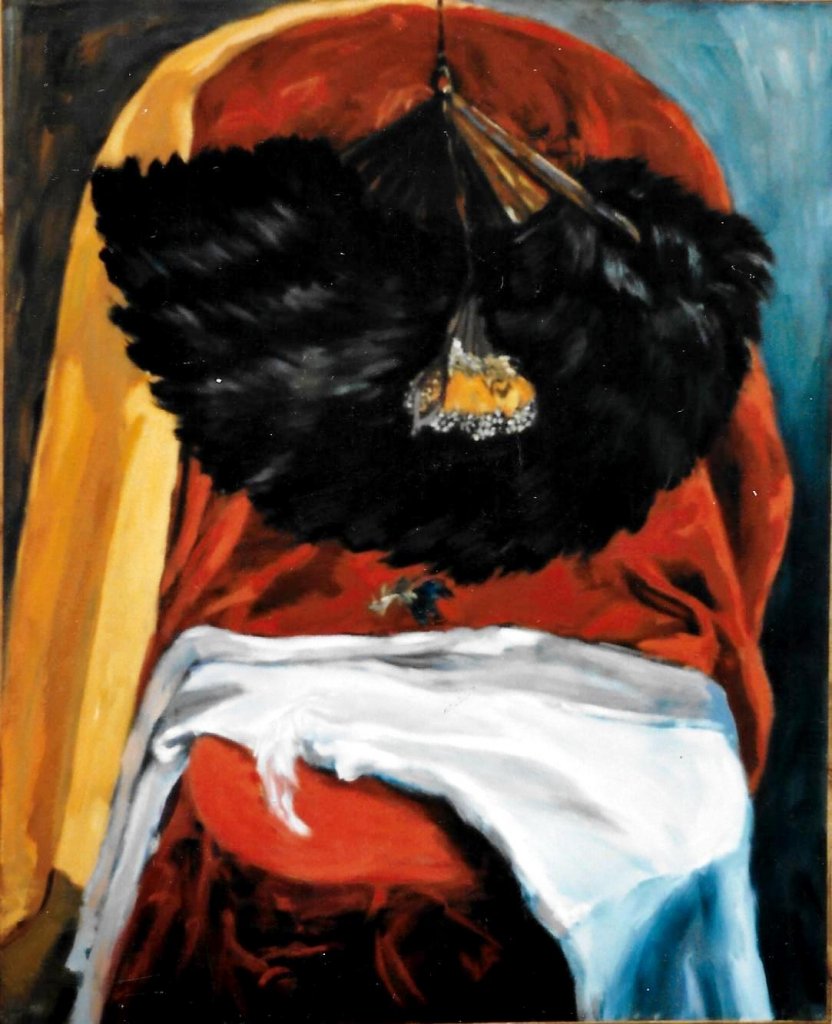 By the time I was ready to start the second painting ‘Hanging Plumage’ I had begun to use larger brushes to cover the broad areas more quickly. Again the contrast between light and dark, warm and cool colours pre-occupied me. I managed to finish this painting just before the Degree Show.