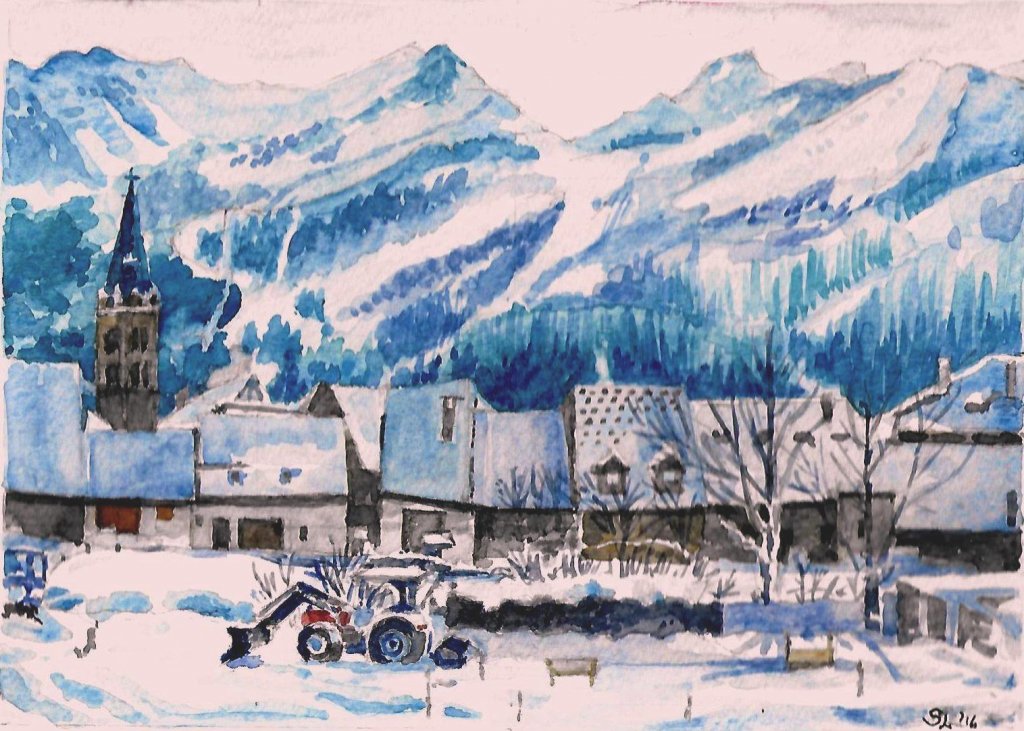 This painting was based on a photograph taken on February 3rd 2015. Le Monêtier les Bains is a large village in the Serre Chevalier valley with a number of interesting buildings, notably the parish church pictured here. You can see the larch and pine forests in the distance with the ski runs created for the winter sports of skiing and snowboarding.

“Rhapsody in Blue” could be an alternative title of this piece as I restricted my palette to mostly blues and neutral browns, except for the pinkish tint in the sky and the red of the tractor chassis.

Despite the modern developments associated with tourism, the Serre Chevalier valley is still home to many farming communities. In the summer months there are cows, sheep and goats grazing on the hillsides, hence the tractor parked in the foreground. In the Middle Ages the village became known as Monestier, because of its large monastery complex. Previously, in Roman times, the settlement was called Stabatio or Sanatio, “The place of the baths / cleansing water”.

The painting is now owned by Mr and Mrs Horner.