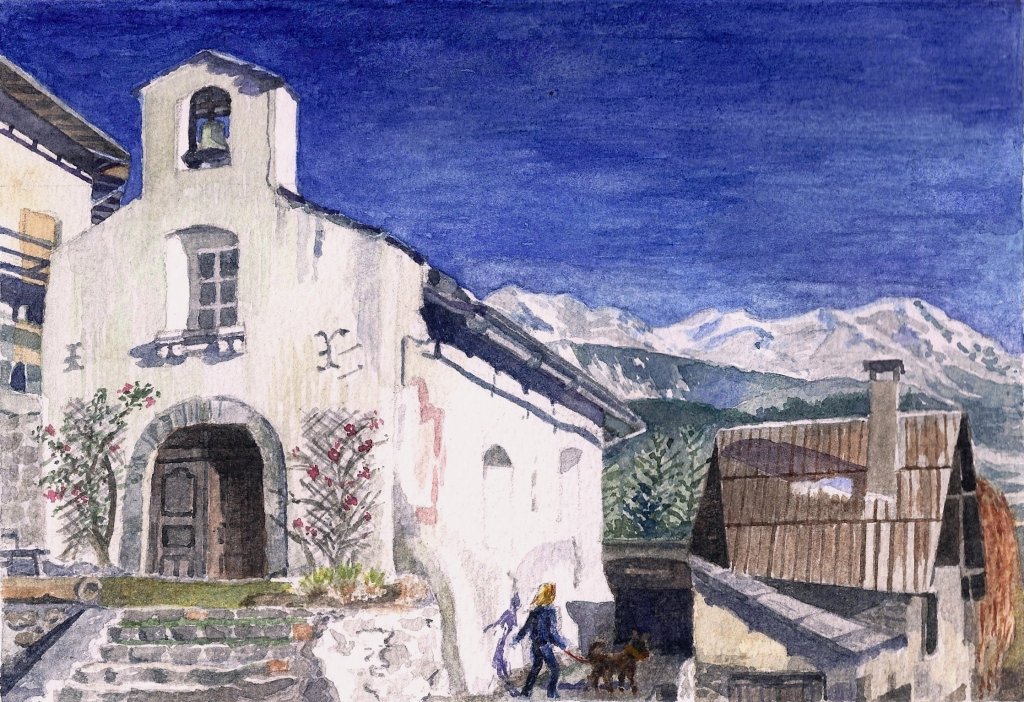 I started this watercolour in 2010 before the 15th century chapel was restored. I liked the red roses climbing up the trellis, the water trough and carved heads on the window ledge. The Chapelle Saint Jean Baptiste is a very impressive church for a small alpine village.

The painting was slightly problematic from the beginning because the composition contained so much pure “bluebird” sky. It was difficult to avoid “staining” as I built up the desired depth of colour. The alpine/mediterranean climate in Serre Chevalier can give an almost dry desert-like appearance to the mountains and streets. I’ve tried to capture the blinding midday sun by bleaching out the walls and features on the chapel and enhancing the deep violet shadows.

In 2015 I returned to the painting and added a swiftly moving female figure with a large dog. I was inspired after seeing my own shadow one lunchtime!

Bought by a private collector, August 2016.

Next: Madeline at Serre Ratier