Portrait of Stephen B. Whatley 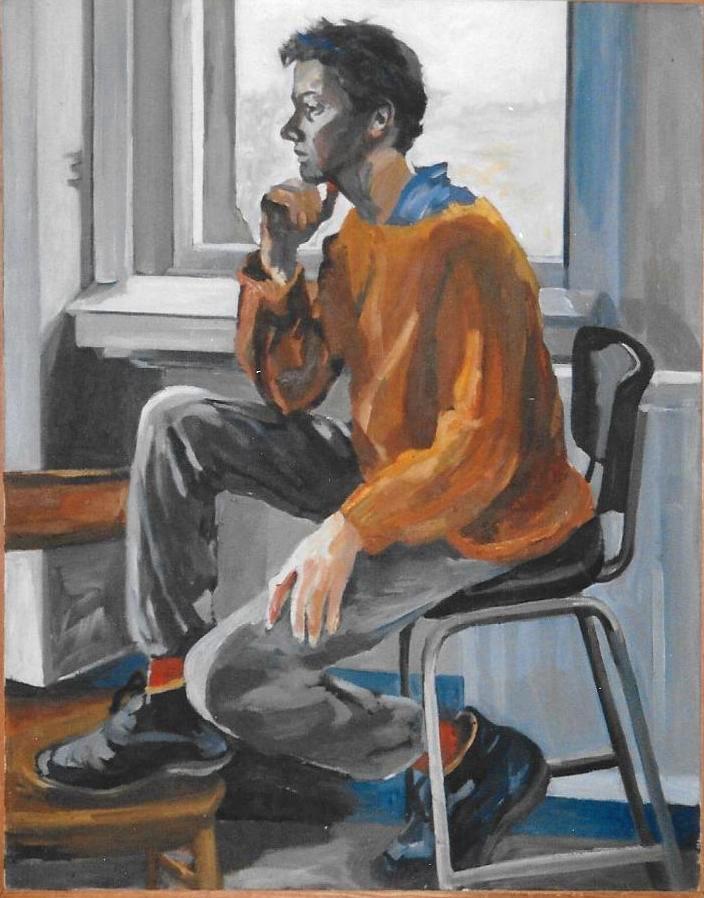 After spending days and weeks in the Life Room at Norwich School of Art producing “academic” nudes, Stephen and I decided we would prefer to paint some of our friends (with clothes on!). So we took it in turns to pose for each other in the mornings. Stephen was one of the youngest and most talented artists in our year, very tall, rather “gangly”, sensitive and great fun. 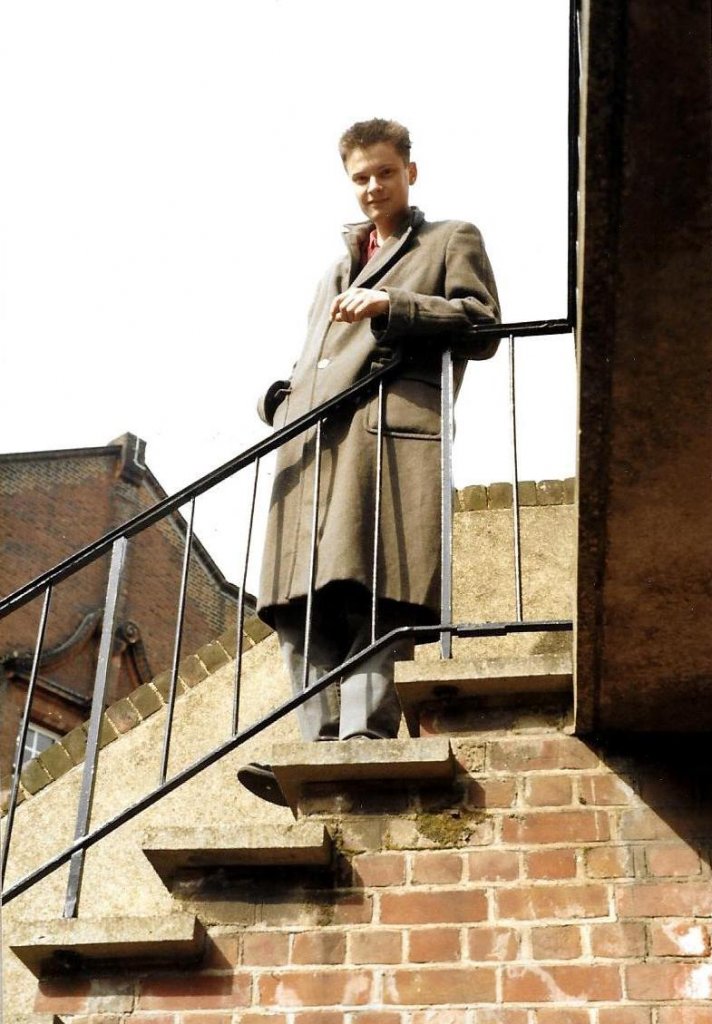 So the painting is a “student” portrait, posed in front of one of the 3rd floor studio windows. There was also a second light source to the left of the picture. I tried to capture the “contre-jour” light effect which made the head and right hand almost like a silhouette. I was probably thinking about some Renaissance old masters at the time.

The rapid brushwork in places was influenced by Velasquez and Manet. all these years later I’m still pleased with the overall composition and the hands. I wish I’d kept a slightly warmer colour in the tones on the face. 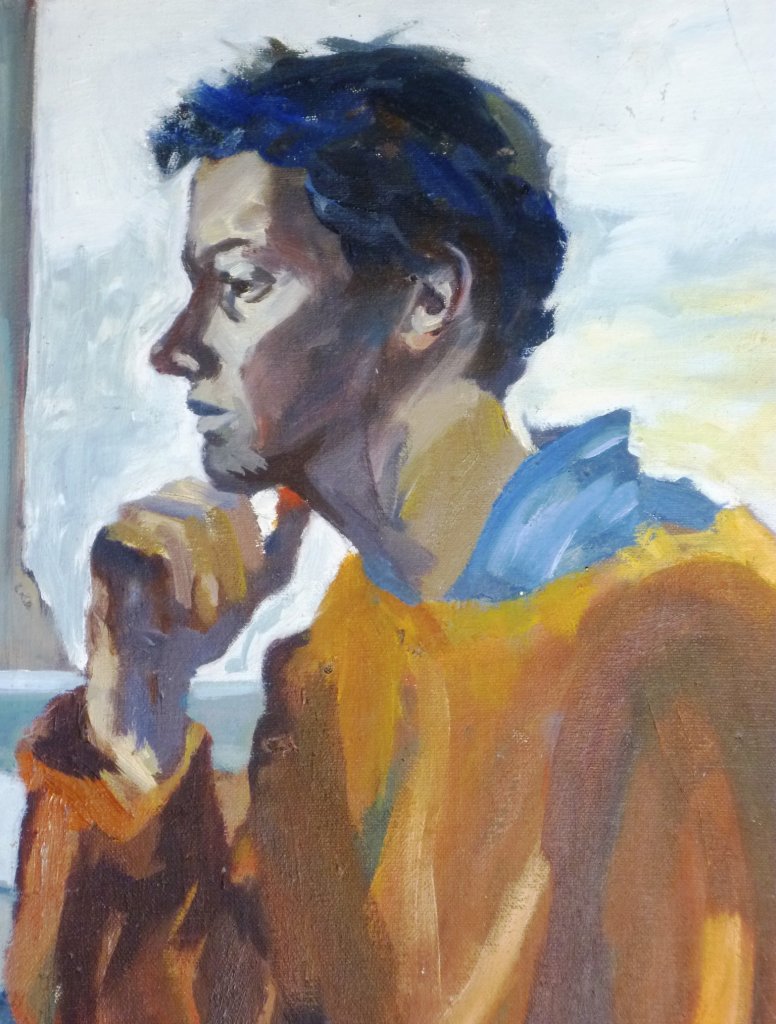 Portrait of Stephen B. Whatley (detail) 1985

One of the tutors commented that Stephen looked like “A young Russian nobleman mourning the loss of his lands and riches…” I’m not sure whether that was intended as a compliment or not, however it was the sort of slightly melancholic effect I was aiming for!

Stephen worked for some time on an oil portrait of me, which he wasn’t entirely satisfied with. Perhaps I wasn’t a very good model. Then he switched media and did a rather lovely charcoal drawing instead. 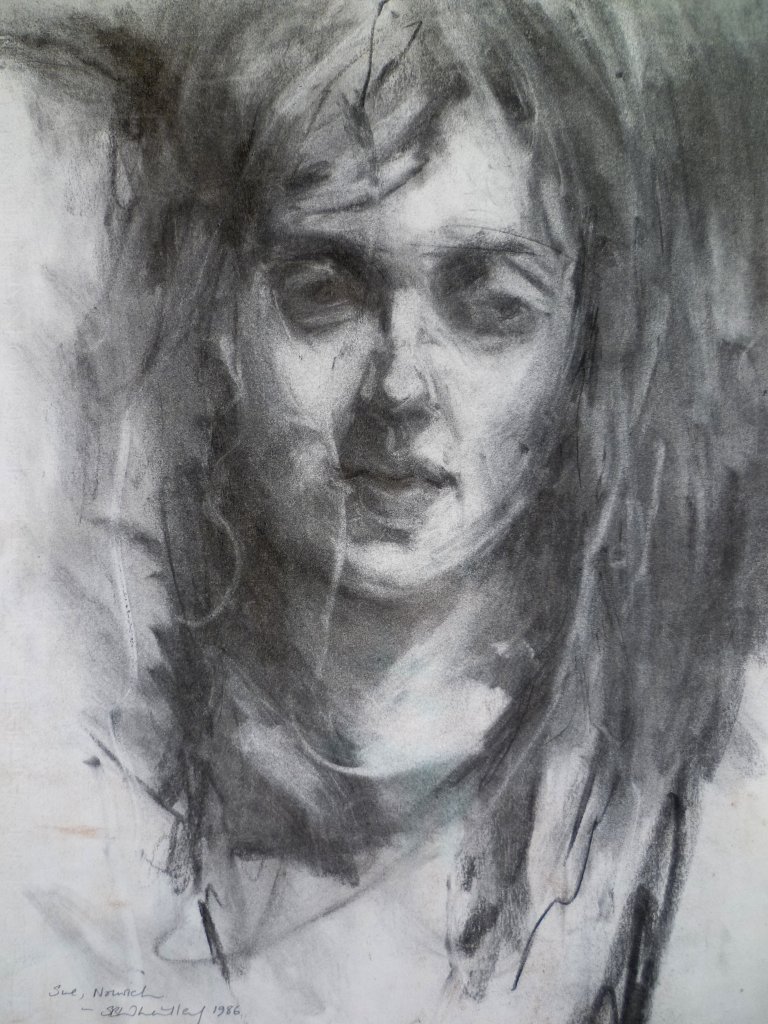 But I think where Stephen captured me best of all was in the hilarious cartoon greetings cards which were his “sideline”! 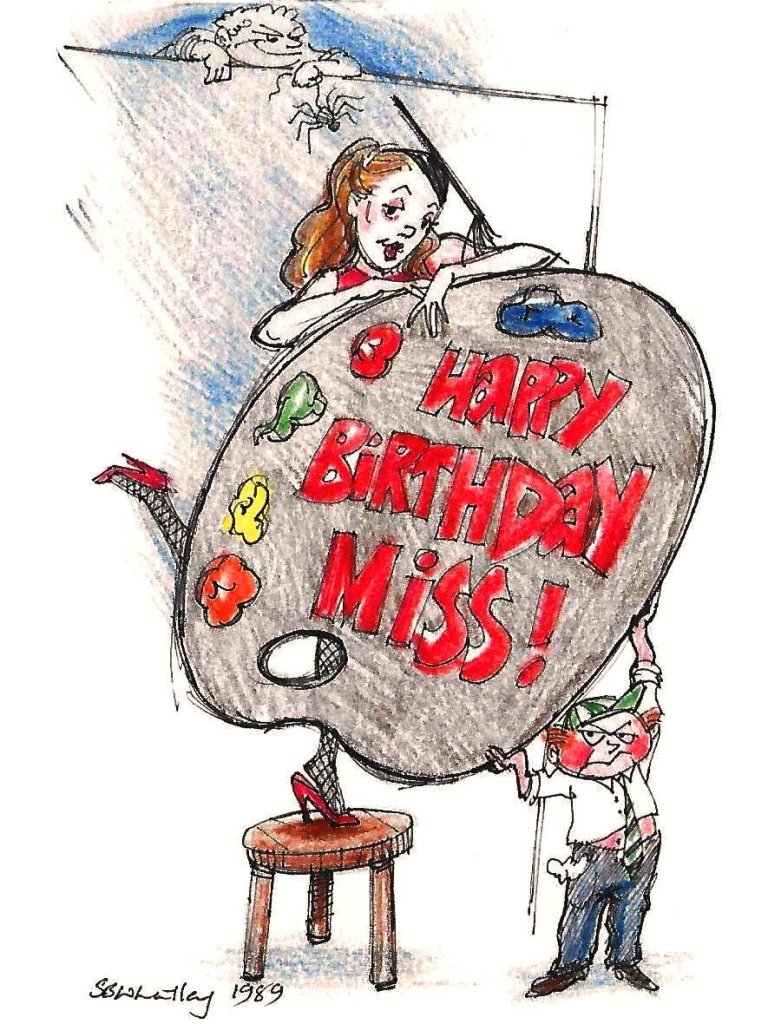 When I recently caught up with Stephen I was delighted to see his Expressionist paintings of London and also artwork inspired by his spiritual beliefs. He has certainly worked very hard to fulfill the early promise which was evident at Norwich School of Art.